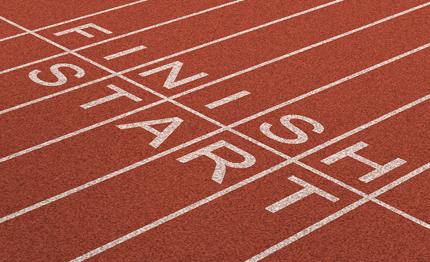 Hello ~Contact.FirstName~,
If you’ve ever met me in person, the first thing that comes to mind is likely NOT “distance runner”. It might more accurately be “bowling ball” or “miniature plow horse”. None the less, in an effort to stay in shape for high school soccer, I took up track & field as a spring sport back in the day. I chose a combination of sports never to be repeated: I threw shot put, discus and ran the 2-mile.

Truthfully, I didn’t run the 2-mile, I participated in the 2-mile. You see, as you may remember from your own track & field days, meets took forever and by the end I was bored to tears, so I thought I’d participate. That way at least I’d get some running in for soccer season, my true love.

Knowing that winning the 2-mile race was not even an option, I still needed a goal. I landed on “thwarting the enemy”.

I took it upon myself, as a number of good friends were indeed competitive in the 2-mile, to clear their way to victory. From the opening gun I would weave, sprint and dodge my way in front of the opposing team runners for the first 400 meters, annoy them, then settle back to be “lapped” by those same runners as they would finish easily over a minute before I did.

Much in the same pattern, hours after winging my discus, our meet at Littlestown High School in Littlestown, PA was drawing to a close. We lined up for the 2 mile; 8 wiry competitors and me, looking burly and dreadfully out of place.
(A classic quote from a track official to my coach was, “ He looks like he should throw shot put.” – my coach – “He just did.”)
With a bang, we were off and the race started like every other. Our best runners led the pack as I annoyed the others and settled in to finish the meet. It was late in the season and I was getting pretty used to the routine.

In the middle of the race I noticed that some of their runners were still in sight.

I guess all that running had worked a little because I felt good and chugged past a few, still over 3/4 of the track lay between me and the #3 runner. That was OK with me, in fact, it met my expectations for the race and I chugged on putting Lap 5 in the bag.

Jim Cook was one of “ those” coaches. Strict, not a yeller, but he had an opinion about your performance and when he did, you knew it. I hadn’t really had much interaction with him as he coached the runners, of which I was, very loosely, one.
For some reason, for whatever reason, maybe he was bored with my performance, too. Maybe he was bored with the meet. Maybe we needed points. Maybe he just wanted to see what was possible, because he was waiting for me in turn 1 of Lap 6.

The difference. Mr. Cook, said as I chugged by, “Come on, Hugh. You need to get this guy. Come on, go get him. You can catch him. Go get him!”

That’s all he said, but he said it with a conviction and belief that I did not have, until he said it; until he gave his conviction to me as a gift and a demand. Suddenly, my complacent running didn’t seem good enough anymore. Suddenly, that runner didn’t seem so far away. Suddenly, I had something to run for, something to live up to that hadn’t been there before and I started running like I meant it.

As I crossed the finish line completing the next to last lap, something had changed. The runner ahead was less than 100 meters ahead. Our whole team was assembling near the line as something unusual was happening. Now it was on. I couldn’t possibly have gone to all this trouble only to let them down, so I pumped my dwarf-sized legs and bored my eyes into the back of the remaining runner, willing him towards me. 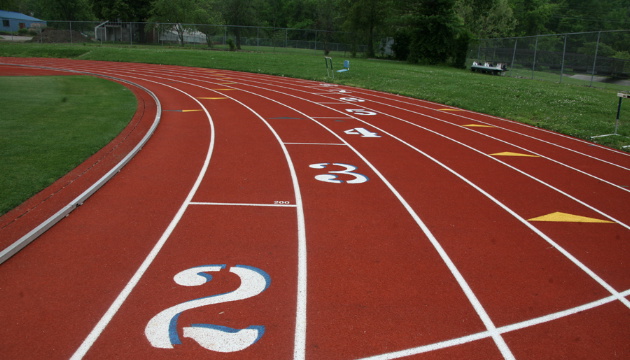 Isn’t that the way it always works? We go through life working hard, having mild success, but happy to finish the race in 5th. We’d just keep doing that time and time again, wouldn’t we? Then along comes something, someone, some event, some diagnosis, and we are catapulted into the stratosphere of performance. We never knew that we could handle, achieve, push so hard, go so far and climb so high.

Why can’t we perform like that all the time?!

Did you ever stop to think that Tiger Woods coach, probably isn’t as good at golf as Tiger is? Once you get to NBA level play, why do those guys need coaches? Aren’t they good enough? Many pro sports players have a team of coaches – a strength coach, a shooting coach, a defensive coach, a free-throw coach. Often they even employ a sports psychologist!  Ever hear of “keeping your head in the game”?

The American (business) Dream is at odds with coaching.

For some insane reason, in the business world, particularly in the small business world, we are told that successful people “did it themselves”, “bootstrapped success”, “went alone against the world and won”. In every such story, delve deeper and you’ll find a coach, maybe not an official one, but a coach none the less. Turns out, every success story features a coach or teacher or mentor who believed in the suceeding person beyond person’s belief in him or herself.

Coaching is the most efficient way to reach your peak performance.

You can hire a coach You can read blogs like this, but in the end, you must take action to find someone or some group that pushes you, encourages you, asks you to be your best and holds you accountable. Just like a coach would. Just like Mr.Cook.

It was scary. I was working hard now, huffing and puffing and that kid just didn’t want to be reeled in. On the back stretch, furthest from my cheering team, all alone with just the track and my burning lungs I thought all the things you think in pressure situations. “Even if I lose, everyone would have expected it.” “Boy, do I want to stop.” “Why am I doing this?” “Why did I join the track team?”

Most of all I was thinking, “Mr. Cook said I could do this and he never blows smoke, so the hell with this, I’m going to.”

By the 3rd turn, I could reach him and he could for sure hear me as my breathing had reached freight train proportions. He made one last sprint to stay ahead.

Have you ever gotten close to completing a goal only to find that obstacles show up out of nowhere? My experience has been that the road to goal achievement isn’t easy. The minute you set a goal, tons of obstacles arise and you want to quit before you begin. Newsflash: Most people quit.  Once over the initial activation challenges, you continue to proceed until you get within 10% of completing your goal, then WHAM! you get hit again with challenges. Newsflash: Almost everyone else quits here.

It all comes down to how badly you want your goal. Only that strong desire, that “powerful reason why” can push you through, that and some encouragement and accountability from a coach.

I didn’t think he had it in him, but sprint he did. For 15 yards, I thought it was over. I wasn’t going to catch him. The extra 50 lbs I was carrying with me, he was approximately the thickness of a pencil, was going to bring me down.

Then it hit me. His sprint had carried him ahead only 5 yards out of reach and he was out of gas. The building chase in the past 2 laps had worn him out. As we rounded the final turn I caught him, lunged right a lane and passed him as the first of my teammates, wild with the hilarity and hysteria of the moment, came into view.

Never say never. Whatever propelled me that day pushed me across the line a triumphant 3rd Place. I nearly blacked out, almost hurled, took 20 minutes to catch my breath, got assaulted by jubilant Kennard-Dale track athletes and lay motionless on the pole vault mat while everyone else packed up and loaded the bus.

Doubtful anyone on our team, save the 1st & 2nd place finishers Jason & Rich, even remembers it, yet that 3rd place finish remains one of the high points of my high school athletic career. Maybe the only time I was cheered for during an individual athletic performance, and it almost didn’t happen.

Next Week…
Are you coaching or just managing? I’ve always hated the term “managing” because it never felt like a term with enough action; enough power; enough growth. There’s a BIG difference between managing and coaching. Next week, I’ll lay out some key differences for you as you get into employee management this season. I hope you’ll at least consider coaching your team this year.

Today…
I encourage you to grab a coffee and write down, or just relive in your mind, one of your great moments from high school. Could be sports, drama, band, chorus, welding competition, classroom report – anything! Savor that moment in time and how good it was to be young and achieve success.

I know you’ve got a good story. Email it to me if you like!

Have a great week,
Hugh

PS If you like what we’re talking about, checkout what it’s like to have me as your “coach” through developing a new employee management system. Register now for the Agritourism Manager Boot Camp FREE introductory webinar.

PPS Know anyone else who would like reading this kind of stuff?

Just share this email and this link with them.